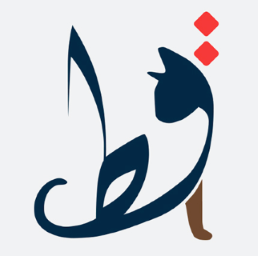 Today I came across a very interesting art project by Mahmoud Tammam. He transforms Arabic words into artworks that depict the meaning of the words. This is the type of mnemonic that I employ in The Magic Key To The Arabic Alphabet to make learning the script easier and more … Continue reading →

“Turn Your Wounds Into Wisdom” in Arabic – 3 Tattoo Designs 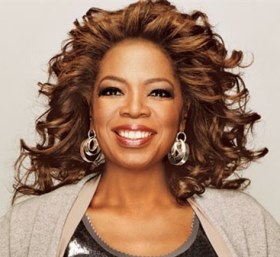 “Turn your wounds into wisdom” is a quote that seems to be attributed to US talk show host Oprah Winfrey (e.g. by BrainyQuote). While I haven’t been able to find the context in which Winfrey uttered these words, I would assume that one should learn from one’s personal setbacks in … Continue reading →

What does the Al in Arabic names mean? 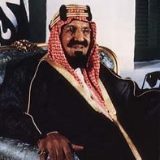 Even if you don’t know much Arabic you have probably noticed that a lot of Arabic names contain the words “Al”. Even a lot of non-Arab Muslims have these two letters in their name. So what does this word mean that is seeminlgy in every Arab name? Al as definite … Continue reading →

Arab Singers: The Top 10 of All Time 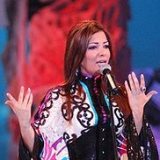 The Arab world is culturally diverse and artistically rich. It has been well known over the course of time for its good and varied music. Arabic music can range from classical concerts with a single song taking up one hour to modern pop songs. The following is a list of … Continue reading →

No Regrets, I don’t regret anything: Arabic translations 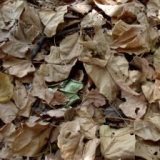 Today Selina requested in the comments that I translate “I don’t regret anything” into Arabic for a tattoo. Relatedly, there is also a design for “no regrets” in Arabic here. There are two translations that I would consider for this. No Regrets First, one could simply say: لا ندم (la … Continue reading → 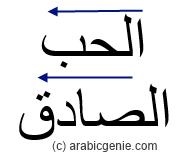 Arabic is a cursive script, which means that most letters are connected, similar to handwritten English. This makes it somewhat awkward to write Arabic vertically. It’s actually pretty rare to see vertical Arabic writing, except for the occasional billboard, shop sign or in crossword puzzles. Writing Arabic vertically, with disconnected … Continue reading → 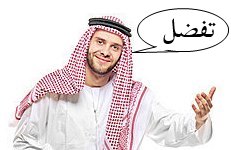 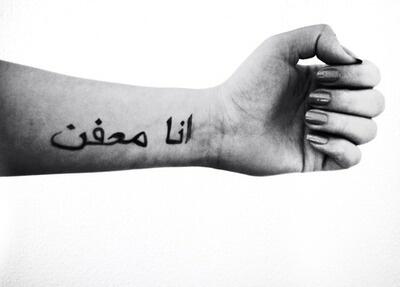 I have seen my fair share of bad Arabic tattoo translations. But, in recent weeks one of them has especially caught my eye. The Arabic phrase انا معفن ana mu3affan is purported to mean “I appreciate life” whereas it actually means “I am rotten” or “I am putrid”. The trouble … Continue reading → 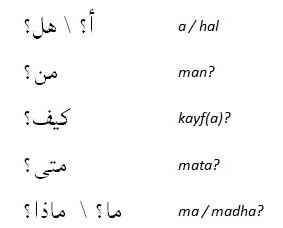 Just like in English, there are many different ways to ask questions in Arabic. But, fortunately all types of questions can be asked using just a few different questions words. In this article you will learn all common Arabic question words and how to use them. First, here is an … Continue reading →

Arabic Class – for and against 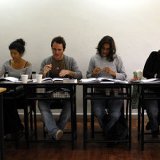 One question I get asked frequently is about the optimal way to learn Arabic. Some people insist that you can’t really become fluent in the language if you don’t attend classes at some university or institute, while others say they don’t need any formal instruction at all.   The initial … Continue reading → 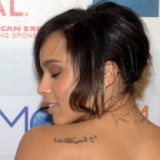 Back in 2009 I posted about celebrities such as Rihanna and Angelina Jolie getting Arabic tattoos. While it’s still rare enough to be seen as exotic, the trend has continued since then. Let’s take a look at some of the newcomers to the Arabic tattoo scene: Zayn Malik Zayn Malik … Continue reading → 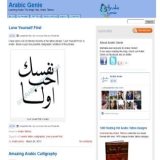 If you’re a regular reader here you might have noticed that there have been some changes recently here at Arabic Genie. And indeed, the website now has a completely new design. Apart from overhauling the visuals completely, I hope that the re-organization of the website has made it easier for … Continue reading → 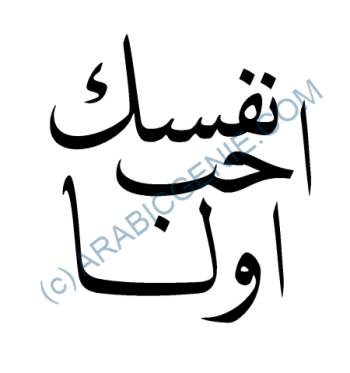 I have seen a lot of interest recently in the tattoo phrase “Love Yourself First” in Arabic. Below is just one possible calligraphic rendition of the phrase: 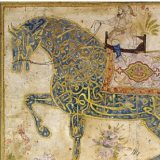 With all the reports of conflict and violence in the Middle East, I thought it would be nice to present a positive side of the Arab world. In particular, I have long been fascinated by Arabic calligraphy, an art form that has been around for centuries and is still alive … Continue reading → 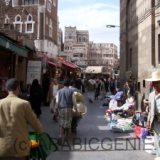